» Places to Stay in Botswana 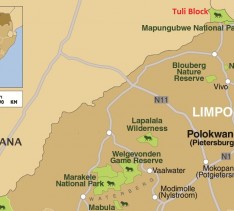 ​The Tuli Block is a narrow fringe of land at Botswana's extreme eastern border, wedged between Zimbabwe in the north and east and South Africa in the south.  It consists mainly of privately owned game farms, offering spectacular safari tourism.

The area also has a fascinating frontier history and, due to its strategic position along the South African border, it was a focal point of the Boer War in the late 19th Century.

Relatively isolated from the rest of Botswana it makes for a perfect twin-centre with South Africa's Kruger National Park, with Mala Mala in Sabi Sands offering a direct flight between itself and the Mashatu Game Reserve within the area.

Places to stay in Tuli Block